Tricia Ann LaLonde, BA(Hon), ASD, was spending her entire weekend gathering material for her practice’s social media channels, only to realize that by the time she posted some of the items, they were already outdated.

So after a year and a half of handling social media herself, the 12-year MDRT member from Beaumont, Alberta, Canada, approached a speaker named Jessica after her presentation about LinkedIn profiles to discuss hiring her as a contractor.

Two years later, the results — including four new clients found through social media in the last week alone — speak for themselves.

Want to replicate LaLonde’s success? Let’s start at the beginning:

When she approached her prospective social media specialist, LaLonde asked the following questions:

LaLonde’s practice — which includes another senior advisor, a new agent, a full-time administrator and a part-time administrator — handles a wide variety of insurance and investments for a whopping 3,000 clients, mostly small-business owners and young families.

One of the first changes that Jessica, who receives a monthly flat fee, identified for the office’s social media presence was more personalization. Rather than just trying to convert information received in an email into a post, the social media strategy now emphasizes the faces and personalities of the staff to create branding and individuality beyond the products.

LaLonde’s practice handles a wide variety of insurance and investments for 3,000 clients.

Before the pandemic, that meant that once or twice a month, Jessica would come into the office to take pictures and videos of the staff working, which she would then post online. “Whenever she does something more personal with our faces in the picture, it gets far more likes and far more shares,” LaLonde said. “I’ve always been kind of hesitant to be more personal on social media, but she’s getting me out of my shell that way.”

So now, if LaLonde is at a charity event or another office-related outing in the community, she can send pictures to Jessica and have them posted to their accounts.

During the pandemic, with less in-person work taking place, Jessica has, among many other things, electronically shared the professional photos the staff took before quarantine took place. That not only helped identify the new team members, but allowed her to tag the local photographer (who then shared the post with his network) who took the pictures, reinforcing the practice’s support of local businesses.

“It’s very hard to be in front of a client right now,” LaLonde said. “So if they’re able to see our faces through social, that leads to keeping us front of mind that we’re in business, we’re stable, we’re well and we’re there for them.”

Soon, LaLonde, with Jessica’s help, will start filming 30-second videos to share on social media about tips for the day, term insurance or something else to help clients and prospects better get to know the practice and the people behind it.

This is an extension of work Jessica did early on: using analytics to see how LaLonde’s social media marketing was performing. It showed that women between the ages of 30 and 45 were most engaged in the material, and that a Twitter presence was not worth maintaining compared to the far greater traction they saw on Facebook and Instagram. Jessica now posts twice a day to both of those platforms, an enormous increase from the weekly posts LaLonde did when handling the role herself.

Jessica also notifies LaLonde if a prospect has reached out via social media, which recently has led to several new clients responding to posts about mortgage insurance.

Of course, nothing is perfect, and certain lessons need to be learned through experience. The social media expert helped recognize seemingly silly but important details, such as LaLonde accidentally liking information about “The Bachelor” through the business accounts rather than her personal one.

At first, LaLonde would send Jessica a large batch of material she wanted to post, which was difficult to organize and schedule for distribution. Now if there is something LaLonde wants to post, she sends it a la carte to Jessica, who can slot it in her schedule.

And it can’t be overlooked that the two, who communicate via email or text every other day, had to get to know each other. As an extension of LaLonde’s focus on fitness during the pandemic, Jessica decided they should try posting some recipes on social media.

Except when she posted an egg-based brunch dish, LaLonde’s phone exploded with messages from friends, family and clients.

“Since when do you eat eggs?” asked all of these people, who know that LaLonde so despises eggs that staff are forbidden from eating eggs, egg salad or any similar product in the office.

“Within an hour, she posted another recipe for nachos that said, ‘I may not have learned to like eggs yet, but here’s a great recipe for National Nacho Day,’” LaLonde said. “I told her, ‘If you’re going to post recipes, it has to be something I would actually eat.’

“It also resonated with me because I’m thinking, ‘Oh, people are actually seeing and reading this.’ I thought, ‘Hey, my clients know me better than I think they do.’” 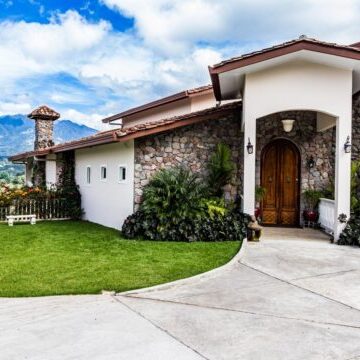 Don't talk yourself out of a sale

Questions to convert suspects to prospects to clients