It’s easy to get excited about buying business, but due diligence is a necessary speed bump in the process.

Producers buy, sell and merge business for a variety of reasons. They may be interested in growing their client base or their assets under management by purchasing a business or book of business, or perhaps they want to generate new business, expand their service offerings or refocus their role. Whatever the reason, it’s easy to get excited and even too optimistic about the new opportunities.

In fact, when you’re in the process of buying, selling or merging, looking at the possible negatives of the union can feel a bit like having the prenuptial agreement conversation: You really just want to believe that the best will happen.

Sometimes a list of “don’ts” can be just as helpful as a list of “dos” — if not more. And a list of red flags isn’t meant to be overly negative, but to slow down the process and keep you from flying full speed ahead with the wrong business.

James Fisher, J.D., director of M&A at FP Transitions, a succession management, buying, selling and valuation company for the financial services industry, said it’s common for advisors and firms to get too excited about a potential M&A and miss red flags — “especially given the apparent buying frenzy that is occurring in the wealth management space at the moment.”

From the buyer perspective, Fisher said it’s crucial that advisors stay focused on why they’re seeking inorganic growth. “It is not advisable for a firm to acquire a practice just because they have cash burning a hole in their pocket or because everyone else appears to be growing through acquisitions,” Fisher cautioned. He said buyers should use acquisitions as part of a more complete strategic growth plan, not just to bolster their revenue so they may also be sold to the highest bidder.

Fisher said proper due diligence — which can include employing an M&A firm — helps locate red flags and address issues.

To be sure, the following list of potential red flags isn’t exhaustive. Other advisors could add more lessons they’ve learned during M&As. But it can help you adjust your expectations for the best possible outcome — even if that means walking away in the end.

Perhaps the most obvious sign that something may be amiss is if the seller looking to part with their business wants to rush the process.

Ryan J. Pinney, LACP, opted out of purchasing a business for this very reason, calling it one of the biggest red flags to see an owner want to move quickly and aggressively with a sale.

“One of the challenges with an aggressive timeline is it’s more error-prone,” said the 13-year MDRT member from Roseville, California, USA. “You’re more likely to make a mistake because you don’t have as much time as you would want to go through the numbers. But it also indicates that there’s some hidden reason or something happening behind the scenes that’s causing the current owner to want to get out quickly.”

In this case, Pinney learned the business he was looking to buy was on the precipice of potentially losing a large account that was coming up for renewal. The seller in question didn’t alert his firm to this, and Pinney presumed this was one of the reasons for the accelerated time frame.

“Had we purchased,” Pinney said, “that account would have come up for renewal the very next month, and it would have been a big loss to revenue.”

Not all danger signs point to a firm or business’ shortcomings. Rather, they can highlight how the business may fail to fit seamlessly into what you’ve already built.

For example, a book of business may appear to be up your alley because it’s largely physician clients and you also primarily serve physicians. But does it match the sort of doctors you typically work with? The needs of early career hospitalists may be far different from pre-retirement optometrists.

Also, are you going to provide the new clients with the same type of service they’re accustomed to? Some advisors are more hands-on, while others may be more transactional. If the incoming clients are accustomed to receiving services in one way and you offer the other, it could be a tricky transition.

But that’s not to say that it’s necessarily a negative; it may just take some readjusting. George has experience buying businesses where the clients were used to a more transactional relationship with their previous advisor.

“There could be positive or negative,” George said. “The negative being that they might not view you as the person who they get their financial advice from. On the other hand, we had a number of success stories where, as we got to meet them, they realized that we were the advice they didn’t know that they were looking for.”

Similarly, if your advising style would be to stay involved with a business that you’re selling and the buyer is disinterested in this — it’s not likely a good fit. Pinney was in the process of potentially selling one of his firm’s businesses when he learned the buyer didn’t want his firm involved in the transition.

“It was obvious that they actually had figured out some other angle on the value of the company,” Pinney said. “They really wanted to probably break it up or to sell off pieces. Once we figured that out for ourselves, that was a much less appealing transaction.”

One of the challenges with an aggressive timeline is it’s more error-prone. You’re more likely to make a mistake because you don’t have as much time as you would want to go through the numbers.
— Ryan Pinney

3. The financials look too good to be true

If a firm or book of business appears to be highly desirable from a financial standpoint, take the time to dig into the numbers.

In Pinney’s experience, one business he considered buying looked highly profitable on paper — until closer examination.

“We realized that the reason it looked so profitable was because they had cut out the service and support element; they had laid people off,” he said. “And they’re showing current numbers versus what they had spent to really maintain and grow that business previously. Once they added the staff figures back in, we looked at what it would take to maintain or grow that business going forward, and what looked like a very profitable business became one that was maybe breakeven or losing money.”

4. What sort of financial straits does it put you in?

How long will it take you to not only make back your investment but see a return on investment?

Much of this also has to do with simple math related to how you’re paying for the new business. If using cash, are you putting your capital at risk? Are there concerns about defaulting on loans if you’re counting on new-book income?

It’s also worth considering placing that investment elsewhere: Is the money better spent on hiring marketing personnel? Updating your CRM?

“First of all, what’s your basis for how you’re paying for this?” George asked. “How long will it take to break even? And then add risk factor to that and consider what other opportunities might make more sense.”

In nearly any situation, it’s helpful to temper your enthusiasm to ensure you aren’t missing red flags — especially when the health of your business is on the line.

Using red flags to better your own business

Pinney said comments from a prospective buyer of one of his businesses prompted the firm to restructure their financials. “We started accounting for them in a different way, still the same math, still the same numbers, but much cleaner and much more simplified,” he said. The firm turns 50 in 2022, and its financials have grown substantially in that period. There were line items in the budget for products or services used 10, 20 or even 30 years prior, but those items didn’t need to be accounted for anymore.

“We had a good opportunity to clean up and simplify all of our financials,” Pinney said. “We spent the last year doing that. It took work to get there, but it was easier to manage afterward. If we get to the point that we want to sell or merge or do something else with the businesses, it makes it a lot easier to present the company and show people what the value is.”

Fisher said he’s seen many firms learn from red flags and implement policies and procedures to prevent similar mistakes in future transactions, and his own firm has used these cautionary tales to help guide clients’ M&A transactions. 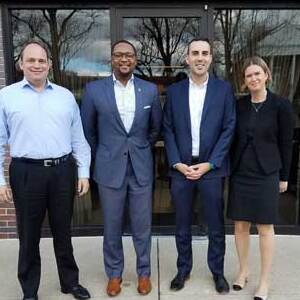 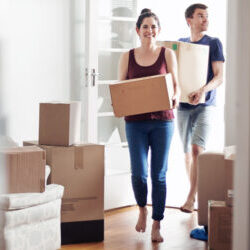 Make the case for whole life vs. term insurance 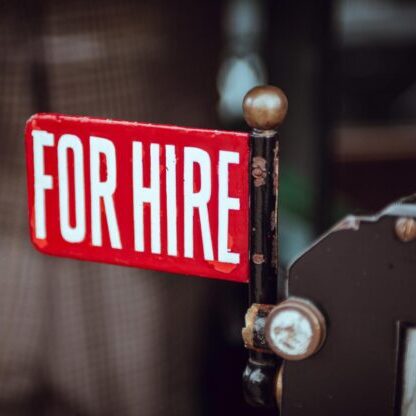