Driving the effort to give

Every MDRT member knows that no client will work with you unless they understand how you can help them. For the MDRT Foundation’s fifth annual MDRT Gives Day, committee co-chairs recognized that the same principle applies to fundraising.

“We have a lot of charities here in our country that are also needing help. There’s a perception of, Why are we going to give our donations to MDRT?” said Sherry Lee Ong, a 10-year MDRT member from Manila, Philippines. “So we really wanted to educate people about the Global Grants Program as a member benefit.”

“When people understand what you are doing,” added Thian Lung Jong, a 12-year MDRT member from Kuching, Malaysia, “they give you more.”

For MDRT Gives Day 2021, Ong and Jong saw numerous parallels between advisors’ day-to-day work and their efforts to connect with people worldwide.

For example, advisors and fundraisers both know that sometimes people say they will do something but don’t follow through. In 2020, Ong said, past country chairs and the past president of the Life Underwriters Association of the Philippines contributed to a video in which they said “I commit” and drove home the importance of delivering on the impulse to give. In 2021, an enhanced group effort drove the initiative toward excitement for the event. Rather than each country operating individually, multiple neighboring countries (such as the Philippines, Cambodia and Vietnam) were joined into teams to foster camaraderie and share resources.

That approach also helped scale the event — for the first time, MDRT Gives Day (this year supported by a 16-person member committee) totaled more than 100 volunteer member fundraisers from 22 countries and five continents.

Jong updated his WhatsApp profile picture to promote the event, something he said everyone supporting Gives Day in Malaysia was doing as a team effort — changing all artwork on social media platforms to help spread the word. Jong reiterates the value of social media for messaging not just because of the ability to share videos and other promotional messages but because of the immediacy of WhatsApp messenger (where you can see whether a message has been read) compared to an email.

“From an engagement point of view, WhatsApp makes it easier to create that conversation,” he said.

Of course, all possible tools for connection are used for Gives Day, including phone calls, emails, texts, videos, social media posts and the eventual, all-online fundraising effort. So, depending on the audience, reminders about the event might be delivered via periodic email blasts or consistent social media countdowns.

“We remind them we are going to call them soon, so when Gives Day arrives, they won’t be shocked and annoyed,” Jong said, noting the process of sending 500 individual messages the day before the event and then another 500 the day of the event, including the link to donate. “We also write simple things about where the money goes and why people should donate. No amount is too small.”

In addition, an MDRT Speaks-style, two-hour Facebook Live event on October 11 in Malaysia featured more than 30 members presenting for three minutes each. Anyone who donated $25 or more for Gives Day received an e-book of all the content from the live show.

For anyone interested in getting involved for 2022, know that everyone starts somewhere. Ong was a fundraiser in 2019, a committee member in 2020 and a co-chair in 2021. Jong spent two years as a fundraiser before his leadership position in 2021, working locally with a team of 10 instead of just two his first year. They both emphasize the fun and connection that come from volunteering, along with the greater contributions to the fundraising effort — with the goal to make 2022 even bigger with more countries and more fundraisers.

“It takes me away from my daily routine and injects a new sense of excitement into my schedule and into my life,” said Jong, who in 2021 applied for his first grant for his own nonprofit organization, Bring It On, which he founded in 2019 to fight child food insecurity.

“Helping others is an opportunity because not everyone can have that opportunity to really lift the spirits of other people,” Ong added. “It’s not every day you get that chance to be part of somebody’s life and be able to change their lives.”

Don't talk yourself out of a sale 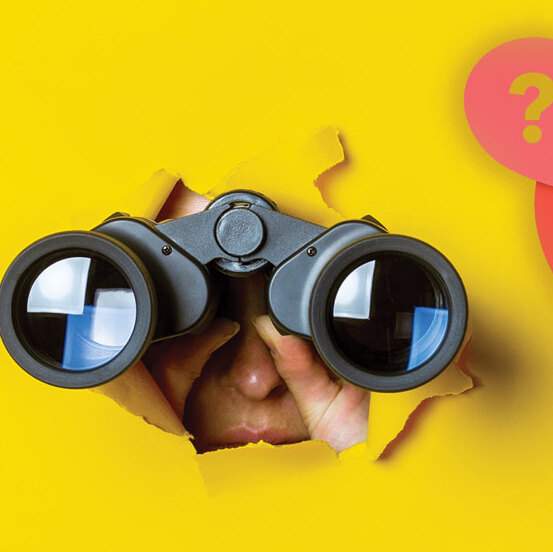 Questions to convert suspects to prospects to clients