When it comes to things that are quintessentially British, there’s no one correct answer. From high tea to charming cottages, the Premier League to the Royal Family, opinions vary about what can claim the essence of Britishness. But for MDRT members in the United Kingdom, at least when it comes to financial services, one thing immediately springs to mind: regulation.

Regulations are far from being a new phenomenon in the U.K. But in 2012, the Retail Distribution Review (RDR) came into effect and had a huge impact on the profession. The RDR, instituted by the Financial Conduct Authority (FCA), put a stop to commissions and established a certain level of qualification for all advisors.

While these new rules did cause some to leave the profession, the RDR isn’t universally reviled. In fact, Sarah Helen Hogan, ACII, a six-year MDRT member from Lancashire, England, said, “RDR was the best thing to happen to the U.K. for financial planning. The change to fees has been better for the clients and the advisors.”

Elaine Milne, Dip PFS, a 14-year MDRT member from Bristol, England, agrees that while following precise protocols can make it more difficult on the advisor, the benefits far outweigh the negatives.

“The rules are tight, the regulations are strict, and the qualifications are difficult,” she said. “However, all that aside, the benefits we can give to clients and the solutions we have available to assist with their financial planning are first class.”

Hogan says she still sometimes receives pushback on fees, but she takes it as a sign that she needs to explain matters more clearly.

“Most challenges come from either bad communication or a lack of understanding,” she said. “When you break something down into why it is the way that it is, normally it gets resolved.”

Catherine Gough, FPFS, a five-year MDRT member from Shrewsbury, England, also has experienced conflict over fees, especially from those who are used to handling their financial decisions on their own.

“Now and again, we may have a potential new client who has always been a DIYer and is now struggling with wanting/needing advice but is reluctant to pay for that advice when they’ve always done it themselves,” she said.

Gough views her role as helping clients achieve something that’s important to them, such as purchasing a dream property, or giving them the confidence to make a hard decision, such as retiring. To that end, she aims to move from purely transactional relationships to more long-term connections.

Asvin Chauhan, Dip FA, MIFP, a 24-year MDRT member from Leamington Spa, England, specifically chose his target market due to its potential for long-term relationships. He works with pharmacists who own their own businesses. He was referred to his first two pharmacists 25 years ago and has subsequently made them his niche.

“I’ve found this niche market very rewarding, as the clients have the financial means and desire to make the most of my financial planning and technical knowledge, and appreciate the value of a long-term relationship,” he said.

Of course, not all clients are as well-informed or educated as those in Chauhan’s niche. Carla Brown, FPFS, a five-year MDRT member from Cuddington, England, says some of the changes and regulations have led to an “advice gap” for those who previously were able to work with advisors in a bank branch and now must seek out an independent advisor and pay for their advice.

“We are seeing large segments of the population with no access to advice,” she said. “But there are plenty of clients out there who are only too happy to pay for our services.”

“It is quite a small industry in comparison to the number of people in the U.K.,” Hogan said. “That is an issue.”

She also points out that the advisor population is rapidly aging — the average age of an advisor in the U.K. is 58 compared to the global average of 51 to 55 — and may be a bit out of touch with the qualities of a modern Britain.

“I am also not sure that the advisor population represents the diversity of the public in the United Kingdom, and this is something we need to work on,” Hogan said. “Different backgrounds and ideas and representation of the clients we look after can only be a good thing.”

New regulations focused on the good of clients are also on the horizon. In July 2023, the Consumer Duty will come into effect, implementing higher and clearer standards of client protection. And MDRT members insist this latest measure demonstrates a commitment to the most British value of all: quality client service.

“It’s a people business, not a money business,” Milne said. “The money is a tool to get the clients to where they want to be. It’s our job to utilize that tool as best we can so the clients can achieve what they want. We need to understand the client situation from their viewpoint, not our own.” 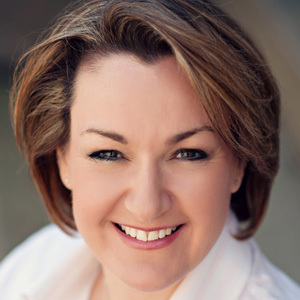 Elaine Milne, Dip PFS, is financial advisor from Bristol, England, U.K., who is passionate about giving back and believes helping just one person can have the impact of helping many.

How to motivate clients to secure adequate life coverage