Buying a practice? Don't forget to …

Acquisition is one of the best ways to grow your business, but there are potential pitfalls — here’s how to avoid them.

By Paresh B. Shah, CFP

There are a lot of things to consider when growing your business through an acquisition, so get your legal team ready, prepare a robust term sheet and make sure you’re working with a budget that accounts for cost overruns. Most importantly, work with someone who shares your values and operates in good faith. This advice all comes from my own experience buying a business — and learning some best practices along the way that will help keep your acquisition on track.

Get your legal team ready

I began my career as a life insurance agent in Long Island, New York, USA, at which time my mentor made a verbal agreement to hand off his practice to me once he decided to leave the business. We agreed that I would service his clients and work on some separate projects with him — all while building my own client base. The relationship ultimately did not work out, and not only did I lose my shot at inheriting the business, but I also lost 60% of my income.

Years later, I purchased a practice with my uncle from a transitioning advisor, but the previous succession attempt was still on my mind. This time around I wanted to be better prepared, so I assembled my legal team early to help navigate the unforeseen obstacles I would encounter.

They guided me through the negotiation process and helped develop a strong term sheet that described the major terms of the transaction, which entailed me paying out the advisor and sharing some staffing costs over the course of three years. We later agreed to extend the payout period to five years, and we verbally agreed, at least I thought so, that the staff cost-sharing term would continue. This is where I faced my first challenge. Their legal team saw it differently and stuck to the three-year agreement. Are you seeing a pattern here with verbal agreements?

Misunderstanding the nuances of these deals can be unavoidable, so try to make your term sheet as clear and robust as possible. In our profession, we talk about income in several different ways: first-year commissions, renewal commissions, upfront commission trails and different kinds of fees. This is where I discovered another discrepancy in our arrangement.

My understanding was that we would share revenue on clients until I paid them out; however, the term sheet specified that certain types of income would go entirely to the selling advisor. I thought I understood the agreement, but this detail escaped me.

I called my attorney and explained the situation, and the terms were clarified in a conversation with the seller’s legal team. The oversight cost me, as did the hours of legal work it took to determine whether the terms were being followed.

To avoid this confusion, I strongly recommend asking attorneys on both sides of the transaction to set up a face-to-face meeting early in the process to avoid time-consuming and costly negotiations via email. When we started this process, I anticipated paying for as many as 15 billable hours. That’s what the legal team told me to expect, but in the end, it was around 40 to 45 hours — that’s due in part to lengthy email exchanges. So, budget for a larger legal bill than you might expect if you’re considering buying a practice.

If you have a term sheet, you have an agreement between you and the selling advisor. But what if something needs to change? What is acceptable and negotiable? During our transaction, the seller wanted changes on a couple of issues, one of which was nonnegotiable. I almost pulled out of the deal because of it, but we were able to reach a compromise and move forward. I emphasize the importance of fully considering what is nonnegotiable for you early on, so you don’t make a decision you’ll later regret.

Before you start the work of getting your legal team together, make sure you have a meeting of the minds with the advisor on the other side of the transaction. In my case, the seller had been my uncle’s personal advisor since 1992, and my uncle was financially astute. Long before we considered buying the business, my uncle would frequently ask me to review his advisor’s work, so I already knew he did a good job and always put my uncle’s financial interests ahead of his own.

I also met with an individual who regularly referred clients to both of us and was able to confirm that the selling advisor had a strong record of retaining clients. It was through this vetting process that I determined we shared the same values.

Our visions also corresponded in terms of his ongoing commitment to his clients, many of whom had been with him for 25 to 30 years. He told me: “I have a Rolodex with me. I will continue to help you in terms of recommendations for any other services which are needed. I am willing to bring in physicians or any other service necessary.” So, there was a meeting of values and vision, which I think is critical to a successful acquisition.

There’s a lot to consider when reviewing a seller’s practice — we analyzed the state of their content management systems as well as their notes, data and other relevant paperwork. But I find emails to be the most critical piece of data you can review. You want to first make sure they’re making it to their intended client. You’ll also need to have a clear plan on how emails are handed off to the buying advisor.

I learned this lesson when I left my first insurance company and began working independently. My departure from the company resulted in the loss of my email address. We sent emails to our entire book of clients with the new contact information and email addresses, but many continued sending emails to the old address. Some of my clients would call when their emails bounced back as undeliverable, but others didn’t, and I know that a few of them felt abandoned. They saw it as a lack of communication, and I lost a few clients.

Don’t forget to fully review the contracts and agreements with any staff members who join your team as part of the acquisition. One employee made the transition after we took ownership — she has a great relationship with the clients, which has helped us maintain a sense of continuity.

We agreed to maintain her regular compensation, but only later did we realize she was part of the previous owner’s retirement plan. Our retirement plan stipulated that employees must work at the firm for 12 months to become eligible. She was also receiving more paid leave than what we offered.

This created a bit of confusion and some consternation with our new employee, all while we were trying to keep things running smoothly through the transition. So, take human resources issues into account well in advance.

With all the various roadblocks and setbacks we faced in the acquisition process, it’s still a great way to grow your company. Every time you work your way through an acquisition there are going to be unknowns, but you’ll better anticipate what to look for with each business you buy. I encourage you to look at practice acquisition as a way to grow your business. 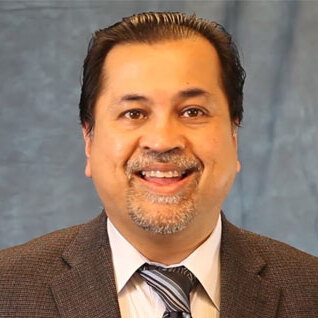 Learn more about buying and selling businesses in the MDRT Business Continuity Decision Tree at mdrt.org/decisiontree or in the MDRT App.

View Shah’s presentation from the 2021 MDRT EDGE at mdrt.org.

Using AI for efficiency and expansion