When does yes really mean yes?

Understanding the 5 levels of agreement can help advisors recognize when they are on the same page with clients.

Financial advisors are catalysts who help people invest their hard-earned money. You know all too well how slippery agreements can be when people are talking about where and how fast they want their money to grow. Have you ever been disappointed because you thought you had secured an agreement with someone, but it fell through?

Several years ago, I was asked to transform a hospital culture in an operating room. During my presentation, an anesthesiologist raised his hand and said, “All these communication tools are good and well, but I’m wondering how they’re going to make the team around here more competent.” So, I engaged him in an exercise to illustrate the five levels of agreement, and how recognizing these nuances can reduce interpersonal conflict.

I asked him to ask me five times, “Hey, Neha, would you like to go see ‘Wonder Woman,’ the new movie that’s coming out this weekend?” I responded five different ways.

The first time he asked me, I answered, “Oh, ‘Wonder Woman’? I didn’t even know it was out yet.” Do we have an agreement? A Level 1 agreement is about me; I just acknowledged that he spoke. That’s all I did.

The second time he asked, I said, “Oh, I’ve been dying to see that movie ever since we saw the trailer last fall.” Do we have an agreement now? What I did was show some positive interest, but he doesn’t know whether I’m interested in seeing the movie with him.

He asked again, and I responded, “Yes, I absolutely want to go see the movie with you this weekend. I just have to make sure that I get my taxes in on time because they’re due on Friday. If I get that done, we’re absolutely going.” So, are we going to the movies? I’ve acknowledged that he spoke. I showed positive interest in doing it, but what did I do differently? Level 3 is a qualified yes because I gave myself a backdoor out. It doesn’t mean we’re going to the movies.

He asked again, and I responded, “Yes, I do want to see it, and I want to see it this weekend.” Do we have an agreement? Not yet, I’m a busy woman, and I might get sidetracked. He might be a busy man; he’s got a life. Next thing you know, it’s Monday morning, and we didn’t see the movie. Level 4 is a clear yes, which means solid intention with no backdoor for escape or an excuse.

Last, he asked, and I said, “Yes, I’d love to see it. How about the 1 p.m. matinee on Saturday at Embarcadero Theater? I’ll buy tickets. You buy popcorn.” Are we going to the movies? Yes, we are going to the movies because the details are confirmed. That is a Level 5 agreement. Everything up until then was merely the making of an agreement.

What happens if people are at differing levels of agreement? Let’s say I was excited to see the “Wonder Woman” movie, and I asked a long-lost friend, Phoebe, from high school, “Hey, Phoebe, do you want to go see ‘Wonder Woman’ this weekend with me?” Phoebe answered, “Yes, I’d love to go. If I can get someone to watch the kids, and I have enough energy by Friday night, I am in.” I’m at a Level 5, but Phoebe’s at a Level 3. She gave me a qualified yes. When you realize that you are at a different level of agreement with another person, you need to go deeper. Ask yourself, what do I value about this agreement? Let’s say that Wonder Woman is my favorite childhood superhero, and I absolutely must be there on opening night. Then my next decision is to ask someone else to go or to go solo.

Now, on the other hand, if “Wonder Woman” was just a good excuse to connect with my old childhood friend, I then could change my plans because it’s not going to the “Wonder Woman” movie that the agreement really is about. So, I come up with another option: “How about I bring takeout over, and the two of us can reminisce about the old days?”

When you realize that you and another person are at different levels of agreement, the way you move to quick and clear decision-making is by knowing what you value about that agreement. The next time you are thinking about offering certain products and your client’s asking about a certain product that you don’t necessarily think meets their financial goals, be aware of the differences in levels of agreement. Recognize why you are committed to what you are recommending, what you value about it and what might the client value about that other product. Because if you understand that, you can ask the right questions to make good decisions that will help you bridge the gap.

Whether you are asking someone to go to the movies or selling someone insurance or the best financial products to help them make their dreams come true, knowing what levels of agreement or disagreement you have is going to pay off in the long run. 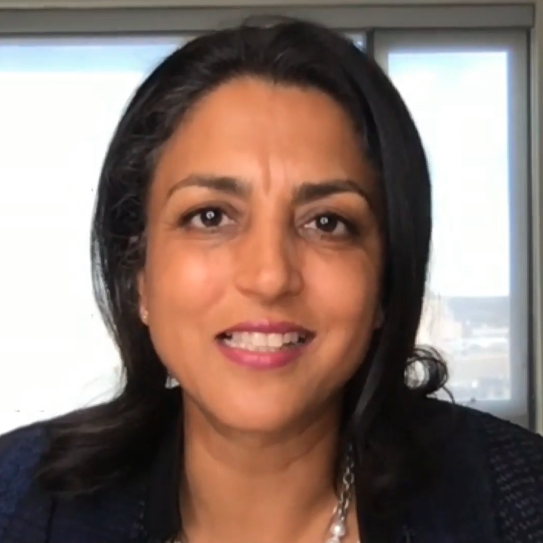 Neha Sangwan is CEO and founder of Intuitive Intelligence, a corporate communication expert and an internal medicine physician.

Using AI for efficiency and expansion